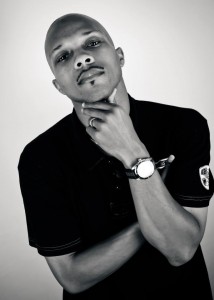 As his name suggests, Brooklyn-bred artist Wordsworth, is the epitome of a true Hip Hop wordsmith. In addition to appearing on a multitude of other artists’ albums, such as BlackStar (Talib Mweli & Mos Def), A Tribe Called Quest: The Love Movement, The Lyricist Lounge Vols. 1 & 2; he co-created, starred in, co-wrote and produced MTV’s groundbreaking sketch comedy series The Lyricist Lounge Show.

Since then, he has released the critically acclaimed solo album titled “Mirror Music” and “The Photo Album”. His work has been featured in video games, such as, Saints Row, to movie soundtrack, such The Spongebob Squarepants Movie, Hurricane Season and television shows, such as, VH1 Basketball Wives and Heros. Some of his notable projects include The Dino 5, a children’s Hip Hop album, produced by legendary producer Prince Paul.